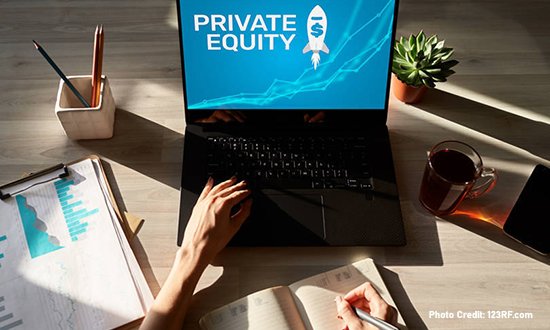 InCred Capital, the wealth and asset management arm of InCred Financial Services Ltd (IFSL), is set to raise up to ₹1,000 crore (around $130 million) fund, marking its entry into private credit business to make investments in growth companies, confirmed two executives privy to the development.

The category 2 alternative investment fund (AIF) will be filed for approval before the markets regulator Securities and Exchange Board of India (Sebi) within a couple of weeks, said one of the persons on the condition of anonymity.

The fund comes at a time when the six-year-old financial firm is close to completing its merger with KKR India Financial Services starting April this year. The company plans to make around ₹75 crore to ₹200 crore per deal size investments in mid-market companies, the person added.

“The first fund under this strategy is the performing credit fund under the Cat 2 AIF structure with a ₹500 crore target size and a greenshoe of ₹500 crore, aggregating to a planned fund size of ₹1,000 crore,” confirmed Saurabh Jhalaria from InCred’s management who has been designated as the CIO (chief investment officer) of the alternative credit strategies.

A former Deutsche Bank executive, Jhalaria is now the head of small and medium enterprise (SME) lending at Incred for over five years. “We expect the fund to generate an IRR in excess of 16%(rupee terms – pre fees and expenses). The funds will largely be raised from domestic institutions, family offices and UHNIs (ultra-high networth individuals). Sebi approvals are expected to be received soon,” the company said responding to an emailed query.

The fund aims to invest in performing companies that are financially secure and mature to meet the Indian credit markets’ structural demand-supply gap. “…demand on the structured credit side remains high while on the other hand, supply of such capital is disrupted due to withdrawal of NBFCs (non-banking financial companies) and Mutual Funds from this segment,” the response added.
InCred Capital has also hired former KKR executive Ankur Jain “as MD for the performing credit fund and will be the key member assisting Saurabh”. The firm plans to build the private credit team to around 4-5 people to kickstart the new vertical. Jain, who has over 16 years of experience, previously working with D.B. Zwirn, WL Ross & Co LLC, Alvarez & Marsal and Edelweiss, confirmed that he is not part of the team as part of the proposed merger with KKR.

In August 2021, after over a year of discussions, the US-based private equity giant KKR’s non-bank lending business KKR India Financial Services (KIFS) announced its merger with IFSL, the retail and MSME lending business of InCred, in an all-stock deal. The merger, which will bring in a team of around 7-8 KKR employees, is awaiting approval from the National Company Law Tribunal (NCLT) and InCred is hopeful that the merger is to be effective from 1 April.

As part of the merger, KKR’s almost ₹2,000 crore book was to be transferred to IFSL. Some of the portfolios have been exited and reduced to ₹1,000 crore and will be part of the merged NBFC.
Under the merger terms, KKR, along with two other investors in KIFS, Teacher Retirement System of Texas and Abu Dhabi Investment Authority, will together hold a 35% stake in the merged entity InCred Finance. Of this, KKR alone will hold about 15-16% in the consortium. InCred’s promoter entity, Bee Finance Ltd. (Mauritius), will get diluted from about 60% to about 40% post-merger. In the combined entity, InCred group’s founder Bhupinder Singh will hold 26%, while about 11% will be held by Ranjan Pai of the Manipal Group and close to 2% by Anshu Jain, a former senior executive at Deutsche Bank, via InCred’s holding company Bee Finance.

KKR also managed two credit funds through the NBFC, from which the first fund with a corpus of around ₹400 crore has been fully deployed and repaid. Meanwhile, the second fund continues to hold investments worth around ₹400 crore, which is in the process and being exited and until then will be part of the IFSL’s book going forward. IFSL’s focus will continue to grow its retail portfolio of consumer, education and small business loans. “The strategy post-merger will remain focused on the same segments. The current wholesale book from the KKR legacy portfolio is on an exit mode and the resulting capital gets redeployed to the existing loan segments of IFSL, all of which are seeing great momentum post-Covid,” the company said. Presently, InCred Capital offers services such as investment banking, structured finance solutions, debt trading and capital markets and institutional equities research.

InCred may raise up to ₹600 crore, for wholesale lending

We go beyond the ordinary